Abhishek to visit Delhi on Tuesday,will hold a meeting with party MPs 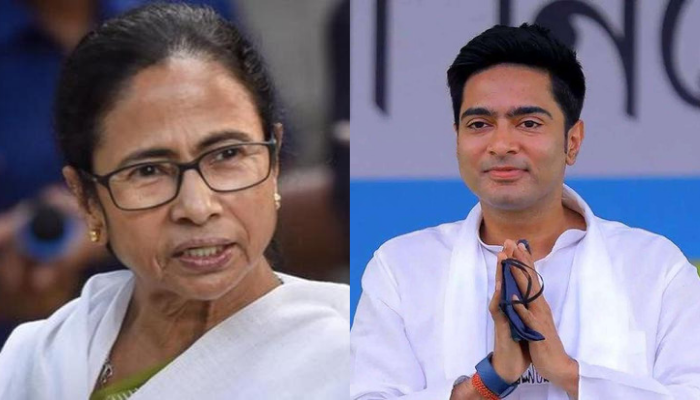 Trinamool (TMC) has achieved victory in Assembly elections winning it for the third time in a row. After the victory, this time the Trinamool wants to focus on other states too.Their goal now is the 2024 Lok Sabha Election. Their goal is to oust the BJP from the country. Trinamool supremo Mamata Banerjee herself has given a message to the opposition to unite to achieve that goal. And this time Abhishek Banerjee, the All India General Secretary of Trinamool, is going to Delhi to give a message to the party MPs about the next tactics.

It is learned that he will visit the capital on Tuesday.According to sources, Abhishek will leave for Delhi on Tuesday. He will start work as soon as he reaches Delhi. He is scheduled to hold a meeting with the MPs of the party at the Parliament building at 1 pm. It is reported that there will be talks on parliamentary strategy. .The meeting may also discuss the strategy for the winter session of the Parliament.

It may be mentioned that Trinamool MPs Dola Sen and Shanta Chhetri have been suspended from the Rajya Sabha on charges of disorder in Parliament during the last Monsoon session. The list also includes 10 other MPs from other parties. Trinamool has been protesting every day since they were suspended. They are constantly protesting in front of the Gandhi statue in the Parliament building.

In this context, Rajya Sabha MPs Derek O’Brien said that the suspended MPs will protest till December 23, that is, as long as the winter session lasts. Abhishek will also discuss in the meeting what other tactics shiukd be taken in this regard. He can also hold discussions with MPs inside and outside the Parliament on how to oppose the Centre with the opposition other than the Congress.

This time the Trinamool has come down heavily upon the Centre. They are also in the forefront of uniting the opposition. But in that case, their distance from the Congress is growing. It remains to be see what advice Abhishek will give to the party MPs in this situation. In this difficult situation, the political circles think that the meeting of Abhishek in the parliament building is very significant.

According to sources, Abhishek will attend the winter session of Parliament next week. From there he will go to Goa with Mamata on 13th December. The TMC are desperate to solidify their position at the national level. Goa is in their plan. They are trying to strengthen their organization in northeastern states like Tripura, Meghalaya as well as Goa. Trinamool’s target is Goa assembly elections after the Tripura Municipal polls. And that is why it is known that Mamata is traveling with Abhishek.