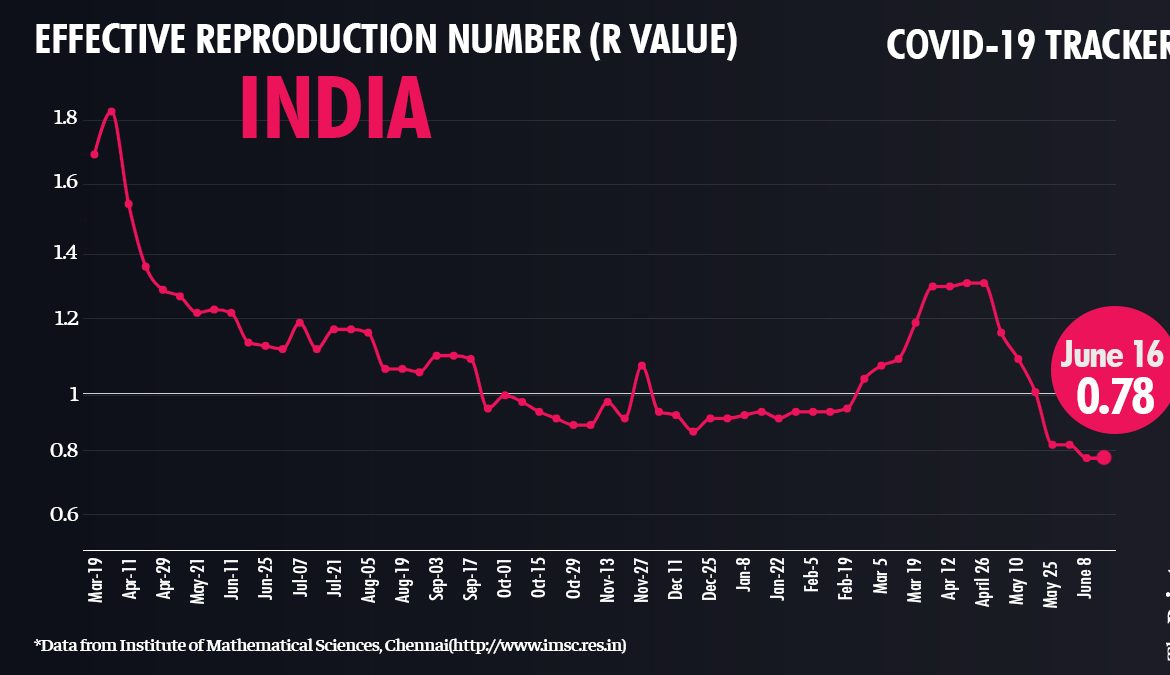 News Desk: India’s R value has further increased this week and has nearly approached 1, a situation that could lead to a rise in active cases once again. The R value has been on a rise again for the last few weeks. It was 0.97 last week.

R-value also known as effective reproduction number is an estimate of how fast the infection is spreading. The number describes how many people on average are likely to get infected from a Covid-19 positive person. The R-value has to be kept below 1 for the pandemic to come to an end.

“India’s overall active cases are fluctuating too much at the moment to get a reliable estimate, but data is pointing to a value close to 1. It may tip over either way in the coming few days,” said Sitabhra Sinha, a researcher at the Institute of Mathematical Sciences, who has been tracking the R value since the beginning of the pandemic.

Sinha’s model to estimate R cannot give a robust estimate when the value is too close to 1. Several Indian states are already on the tipping point this week.

The situation is most worrying in Kerala, which currently has the highest number of active cases. The state’s R is similar to last week at 1.11. According to Sinha, this means that Kerala is likely to remain at the top spot for the next couple of weeks.

Sinha said that Uttarakhand was another state of concern, where R increased from 0.95 last week to close to 1 this week.

While Maharashtra’s estimated R is still below 1, it has increased from last week’s 0.90 to very close to 1 this week.

Furthermore, The R value for most states in the Northeast is above 1. “The Northeast continues to have a very bad situation with most states having R more than 1,” Sinha said.