Not the Central Forces,the State Police will be in charge of the Municipal Polls 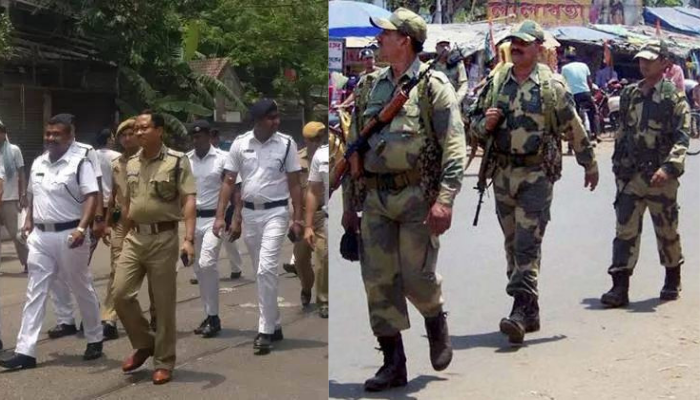 The BJP had demanded the polls with the central forces but State police has finally got the responsibility. Nominations have been submitted. Last minute preparations are going on in each and every ward. In the meantime, the Election Commission has started preparartions for the Municipal Polls. Special emphasis has been placed on corona vaccination. The Grievance Portal has also been opened by the Commission.

Candidates have emphasized on campaigning in their wards. The ruling Trinamool Congress has given a message to the workers about the polls. The opposition demanded that the polls be held by the central forces. Even Governor Jagdeep Dhankhar has summoned the Election Commissioner to the Raj Bhavan to discuss the security of the polls in detail. It has been discussed so that people can vote freely. The Governor even asked the to ensure that there was no terrorism during the vote.

A total of 32,000 Police will be deployed in Kolkata to conduct the polls. Of these, 27,000 will be from Kolkata Police and 5,000 will be from State Police. No civic volunteer will work with them. The State Election Commissioner will hold a meeting with the administration on Monday.

Meanwhile, Trinamool Congress General Secretary Abhishek Banerjee has given a strong message to the party workers yesterday. He warned the workers that they would be expelled from the party if they obstructed the voting. Apart from the 144 candidates of the party, the leaders who did not get tickets were also present at the meeting. They have been asked to emphasize on the Municipal poll campaign keeping in view the development work of the Muunicipality and the Government.