Police Officer Injured in a Clash at Ashutosh College in Kolkata 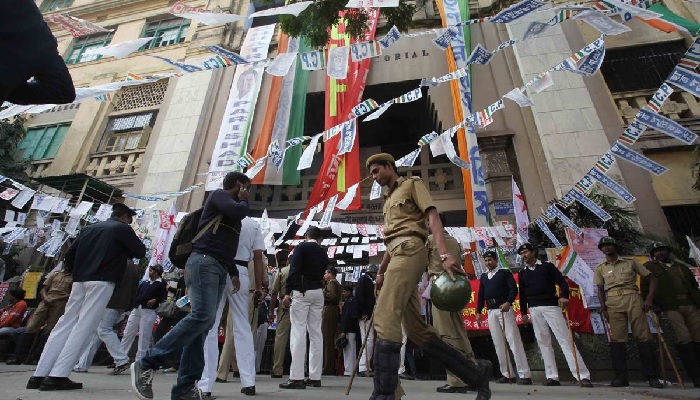 News Desk: On Saturday, a clash broke out between two groups of students at a popular college in Kolkata. Additional officer-in-charge of Bhowanipore police station, Rajib Sahoo, who reported at the site sustained injuries on his head.

Sahoo was trying to stop the fight that broke out between two groups of students at the Ashutosh College.

At around 7 p.m. members of the youth wing of the ruling party- Trinamool Congress split in two groups, gathered in front of the police station. They were having a dispute following differences of opinion.

“Soon, they got involved in a fight and our officer was injured when he tried to intervene. We have detained a few students and are looking into the matter,” said a police officer.

The injured police officer was taken to the SSKM Hospital. He is stable now.